When the company was founded, the Angolan economy was in the process of recovering after the end of a dreadful civil war which ravaged the country for a decade. The subsequent years were characterised by a mood of change and widespread construction activity, which C. Woermann managed to benefit from by offering high-quality products at competitive prices.

This wouldn't have been possible without the close cooperation with long-standing local suppliers as well as the team of loyal and hardworking employees, to whom we would like to express our heartfelt thanks.

The construction boom was followed by a period in which the company focussed on honing its internal processes, in order to provide its customers with greater technical expertise and a sophisticated range of services.

Today, in times of low oil prices, C. Woermann Angola Lda. is focussing on making a meaningful contribution towards the diversification of the Angolan economy, in terms of offering suitable products for the agricultural and manufacturing sectors, as well as technical expertise and after-sales service carried out on our own workshop premises.

C. Woermann Angola Lda. now regards itself as being in a strong position to further contribute to the economic growth in Angola – here's to the next 10 years! 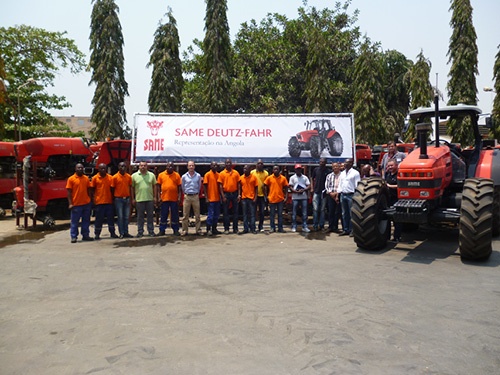